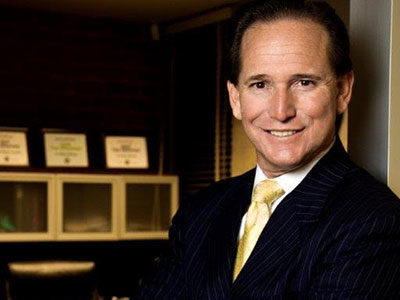 After graduating from the University of Southern California with a Communications Degree, Mr. Jacinto earned his Law Degree from the University of West Los Angeles.  He began his legal career as a law clerk for his father and promptly learned the value of any personal injury case, the technical requirements of medical malpractice cases, and the challenges of family law.

In 1994, Mr. Jacinto opened his own practice as a sole practitioner and since then has handled hundreds of civil matters such as personal injury, Labor and Employment Law, and Family Law cases.  In the past 26 years as a practicing attorney, Mr. Jacinto developed the negotiation and trial skills necessary to bring a case to successful conclusion.

From 1995 to 2007, Mr. Jacinto also served as a “panel” attorney in the Ed Edelman Children’s Court, representing hundreds of parents and children.  While working on the panel, Mr. Jacinto tried numerous cases involving child abuse and earned a published decision in the case of Edgar O.

Mr. Jacinto is a member of the Los Angeles County Bar and Pasadena Bar Associations.

He has also been honored with the distinction as a “Top Family Law Attorney” by Pasadena Magazine, which recognizes legal counsel in the community.

Mr. Jacinto can provide clients with the trustworthy legal counsel they need to resolve their legal issues as quickly and effectively as possible.  No case is too big or too small for Mr. Jacinto to handle, and he has a proven track record of success.